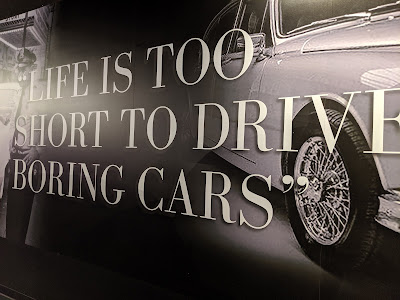 "We have another GPS disagreement" I told Lance. The RV's Garmin 770 wanted us to exit a couple of miles earlier than Google Maps on the phone. From the passenger seat Lance poked away at his phone "Go with Garmin" he confirmed, "we're close enough to the RV park, there might be a low bridge or something to be avoided". Google doesn't take our size and weight into consideration, and the Garmin is supposed to but it doesn't always work out that way. He kept his phone handy scouting out alternate routes in case we'd been misdirected, and I steered Loretta off the highway into South Memphis. On the surface streets we were greeted with potholes so plentiful it was impossible to dodge them all. I glanced worriedly into the rearview camera at Mr. Toad tugging faithfully along behind, he's so low to the ground...


Both GPS units programs agreed on our next move, a wide right hand turn, I had two lanes to do it in and so I took my foot off the pedal and let centrifugal force smoothly push us around the corner only to slam on the brakes to avoid crushing a handful of people lazily meandering across the street like they have no better place to be at midday on a weekday. They seemed to take great joy in the fact that they were holding up our 11-ton rig. Beneath my feet I could feel the fluids rolling around in Loretta's tanks and made a mental note to remember to open the cabinet doors slowly upon arrival.


Great... slums. Since we were still waiting in the middle of the road I had an extra moment to fully take it all in: the plywood windows, the trash piled up everywhere, the broken down cars. I heard it was a rough town, but I wasn't expecting slums this extreme - isn't this the land of Elvis? Maybe this will be a very short visit. What I technically knew already but hadn't really fully considered from all the angles before is that Memphis is also the land where Blues music originated, the cradle of the Civil War, and ground zero for the civil rights movement. These important historical facts all point to extreme poverty and significant disparities that are still a lot further off-balance than I expected them to be, sadly.

As we dodged the potholes, the trash and the bushes overgrowing into the main road we discussed a backup plan. This might not be a safe place to stay for even one night, even though we'd already prepaid our spot. Then we rounded the corner and emerged into the TO Fuller State Park and it's beautiful, well-loved, clean and comparatively safe. It's so close to the river, so close to Graceland and downtown Memphis, and an impressive forest keeps our state park separated from the city and all its woes well enough to (sort of) forget the oppressive poverty just a stone's throw away. We locked everything up very carefully and kept watch for a while before deciding it was safe enough to go out sightseeing.


Our first stop: Memphis BBQ. We asked around and were directed to Central BBQ less than a block from the Lorraine Motel. The restaurant has open-air seating along the wall facing the Civil Rights Museum and it was a perfect spot for tourist-watching. We stuffed our faces until we couldn't possibly take another bite and then caught a whiff of butter cookies. It wasn't coming from the restaurant... so we followed our noses down the street to a hole-in-the-wall called Makeda's. The smell was intoxicating, since we were full to the point of bursting we took some home for later, and intended to stretch our 7-cookie purchase over the course of the week but ended up gobbling them all the next day and going back for more. We found out they can be ordered online at makedascookies.com and shipped directly to anywhere in the USA. You're welcome.

Next on the agenda: live music on Beale Street. The parking is troublesome, after some searching we ended up in the expensive pay lot. The afternoon/evening was intermittently cloudy and rainy so we dodged in and out of the diners and bars on Beale Street. The walls of the restaurants/bars are often open and the music spills out onto the street. You can go inside and sit down for table service, some places have a small cover fee and some do not. You are expected to tip the musicians and in all cases I noticed the tourists seemed to be enjoying the music and not hesitating to pay for overpriced cocktails but were consistently stingy with the musicians' cash tip jars. We dropped a $5 bill in the almost empty tip bucket for the Kings of Memphis after enjoying their performance for an hour or so, and they looked surprised and very appreciative. The house was packed. It's probably hard to make a living as a musician here on Beale Street; now the cover charge makes sense to me, musicians need to be paid and apparently you can't trust tourists to contribute freely directly to the entertainment being offered to them.

Graceland was next. We again opted to park Mr. Toad in the expensive paid lot to keep him safe, judging by the stripped cars just outside Graceland's gates, the odds of him remaining on the public street, intact, during our tour were 0%.


The details that go into Elvis' costumes are unbelievable. From a suitmaker's perspective he must have been quite a challenging subject. Imagine trying to put costumes on someone so wiggly and energetic, knowing he who would be working hard under the hot and sweaty lights; your nearly impossible goal would be to keep him always looking crisp, fresh and form-fit. I happily wandered between suits and costumes admiring the small details so carefully crafted. Lansky Brothers, the creators of Elvis' costumes are still making suits and costumes in downtown Memphis for musicians, as well as everyday folk.

The suits he wore later in his career were snug on the bottom and waist and cut in such a way that any wiggling resulted in gaps to  the upper lapel, exposing chest hair, as was the style at the time. Again, the suitmakers were at the forefront of the trend. No detail was overlooked when it came to presentation.

I also noticed large patches of soft leather on the backs of his guitars to protect the instruments and the costumes from chafing at one another. Another small but important detail.

While we enjoyed our Graceland tour, the best part of it all was the people-watching. The car section of the museum had signs everywhere "do not touch the cars" and sensors that would go off if anyone did attempt to touch them. So many of the cars were so beautiful, there was this one old man that just couldn't help himself, and every time an alarm would go off his wife would follow him around with full non-stop commentary.

Off goes the alarm again and the voice over the loudspeaker announced loudly BUZZ BUZZ BUZZ DO NOT TOUCH THE AUTOMOBILE BUZZ BUZZ BUZZ, immediately followed by nitpicking in her whiny nasally voice "now Edward why did you touch it you're such an idiot stop doing that they're going to arrest us, you saw the signs why did you do that, I can't go anywhere with you here take the picture no faster or the camera will shut itself off, no faster and higher you've cut off my head again now you've got your thumb over it, hurry up it's going to shut off see I told you so, hey don't touch that, BUZZ BUZZ BUZZ DO NOT TOUCH THE AUTOMOBILE BUZZ BUZZ BUZZ Edward I told you not to touch it they're going to throw us out and I haven't seen everything I wanted to see yet, you've done it now hey where are you going I want to go the other way I already told you, where you going hey don't touch that" and on and on. During all of this Edward shuffled on with his head bowed and did whatever he wanted despite her non-stop commentary. I casually followed them around for as long as I thought I could get away with suppressing my giggles.


The leaves have started to fall here in West Tennessee, we're getting excited about the Natchez Trace Parkway coming up later this month. Hopefully we nail the timing right for the best leaf-peeping opportunity.