On Tuesday we saw the podiatrist for the (hopefully) last time ever.  Lance's foot is healed!

Well, there's one tiny little spot left.  So insignificant the doctor doesn't even want to schedule a follow-up.  It feels so strange to finally be free to go wherever we want, finally.  It was October 3rd 2016 when the first surgery was conducted on the right foot, a grand total of one year and 20 days passed until we were given the green light for two normal shoes.  We toasted our newfound freedom with a cocktail at sunset on a beachmat at the river's edge.

Our new spot at Rio Vista is a slice of riverside heaven; peaceful, and not on fire, thankfully, at least not yet anyways.  Let's hope that means our curse is broken.

This morning we pulled the motorcycles out of the trailer.  First we had to wash the Oregon wildfire ash off of them, then we went for a ride along the levee, a simple and easy ride to get reacquainted with the bike.  I was just getting into the rhythm of the ride and was appreciating the way the light made the corn on the riverside glow while it waved slightly in the light breeze. I was feeling at peace when I got to giggling remembering...

A couple of years ago I took a slow-speed motorcycle handling course in Pasadena CA, Betty was the only KLR.  All the other bikes were sleek city bikes; fast, light, and low.  And then there was Betty and me. I never did fit in with the rest of the Angelenos. I'm too big and I don't care a lick for fashion, the latest trend or whether there's grey in my hair.  My motorcycle is tall and has an especially large front wheel - she's designed for all terrain.  In fact, one of the things that attracted me to this bike is the fact that she can go ANYWHERE, and KLR owners take their bikes adventuring all over the world. I can just about push her into any bike shop anywhere in the world and someone there will know how to fix any potential ails she might come up with, if I can't figure it out on the trail myself, and the parts are likely on hand.  Simple.  But that day in motorcycle school it was painfully obvious what outsiders she and I were among the sleek city people and their sleek city bikes.  One of my classmates made a crack "what, are you riding that thing out in the cornfields or what?" and snickered.
So here I am today riding along the levee and appreciating the light on the cornfields and the slow moving river and thinking to myself... I'm free and I'm just exactly where I belong.  I could totally ride off this levee and onto the dirt fields if I WANTED to, or anywhere in the world at all.  Finally Two Shoes Lance is free to ride with me, and we can go anywhere.  It got me to giggling, and I just couldn't stop myself, this is what freedom feels like.  Right about then I see Lance pump his fist in sheer joy.

So here we are settled in at the Napa Fairgrounds, and last night just before bedtime we smelled smoke.
"Not again" we said as we looked at one another, and ran outside to see the hills behind the fairgrounds aglow.  It's like Brookings, all over again. The fires seem to be following us.

This morning we got some new neighbors, homeowners from the hill we saw glowing last night.  They were evacuated overnight. Just a few days ago, luckily, they accepted delivery on a new Airstream trailer, which they purchased with hopes of escaping stressful jobs to enjoy fun weekends, and now they are using it as a home base while they await word on the survival of their neighborhood. They slipped past security this morning and confirmed that their house is still standing, some of their neighbors were not so lucky. The scene they described was "three or four houses completely leveled, then a miraculous survivor, then the next one burnt to the ground again, with no apparent rhyme or reason".

At midday today Chloe and I walked around the fairgrounds, and noticed the directional signs posted around, this will be the new base of operations for the Cal Fire response team for the fire which has grown to several individual fires, collectively being called the Napa Complex Fire.

The high school 4-H kids have taken over the animal pen part of the fairgrounds and have safely ensconced goats, horses, a pony and some 20 or so pigs.  They have organized food, shelter and safe housing for these animals and are standing watch in a very organized manner, taking turns for meal breaks and animal checks.  These are very impressive kids, they seem to have their part of disaster recovery well in hand, but they do not yet know the status of their homes.

By dinnertime tonight the large equipment started arriving to our fairgrounds.  About 15 or so PG&E trucks line the back of the fairgrounds, ready to go, silently waiting their turn to rebuild as soon as it's safe.  Large fire-fighting equipment is pouring in from everywhere, accepting dispatch and taking off again, kicking up dust clouds from the large fairgrounds open lot where the rides and tasty goodies reside on happier days.  Big diesel pickups towing horse trailers hurry in, deposit their cargo and take off again.  I heard today there are some horses trapped in Calistoga and hope they managed to get them out, for all I know these same trailers hauled them to safety today.

Behind us Napans are pouring in to the arms of our Airstream-owning friends and sharing stories, there are tears and long empty silences as some stories do not have happy endings and a lot is unknown still.

And, throughout all of this, our RV neighbors to the left have a small campfire and are drinking and laughing; typical campground behavior but it just feels so wrong, this bit of normalcy and joy in the middle of the sudden crisis.

I became abruptly aware that we are strangers in our little bubble.
Part of the land we inhabit but not really of it completely.
Napa will always be our home, to some extent, but today I feel like an outsider looking in.

Posted by Rhumb Line at 8:48 PM No comments:

Napa, 14 years and one earthquake later 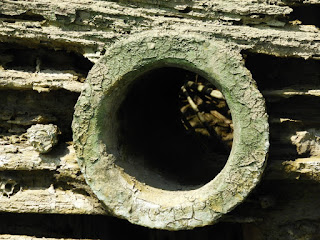 I left Napa fourteen years ago for a job in Southern California. While visiting over the years I got a snapshot of the changes going on in the town I grew up in; some good, some questionable. First the good. The restoration of the wetlands at the south end of town, Napa over the years has been subject to severe flooding. Removing levies, obstructions, and low bridges allows the Napa River to follow a more natural course to the San Pablo Bay. It seems like every time I visit the riverfront trails are getting longer and better connected.  The food here is outstanding and you no longer need to go upvalley to get a nice meal, but be prepared to pay for it, it ain't cheap.  This brings me to the not so good, the Napa I grew up in was very working class.  People worked at the shipyard, Kaiser Steel, Napa State Hospital, a winery, or any one of dozens of small businesses.  That Napa is gone, pushed out by the restaurants, hotels, and boutique shops that the tourists come to see. The shift to lower-paying service jobs means more people moving to cheaper outlying cities like Vallejo or Fairfield.  This coupled with tourists coming from the Bay Area means traffic. Lots of traffic, not LA traffic, but way more than I'm used to. Damage from the earthquake is still evident; the old courthouse is still covered in scaffolding and there are now vacant lots where buildings once stood. I'm reminded of the old saying "You can't go home again", I think you can if you realize it's a moving target.  In many ways the city feels younger, lots of 20-somethings coming up from the city to see grapes, the scene is a lot like the west side of LA.  Eating, shopping, and drinking wine are the entertainment here. There are about four hundred wineries with tasting rooms in Napa Valley alone.

We are here during harvest, the busiest time of year in the wine industry, and for those who are interested in more than just drinking the wine, the most interesting. Red grapes are being crushed, inoculated with yeast, fermented, pressed, barreled down, and put away to age about 18 months. White grapes are crushed, pressed, the juice put into barrels or tanks, inoculated with yeast, and barrel or tank fermented. This adds up to a lot of activity and the smells are amazing. If this process is something you are interested in I recommend visiting the smaller wineries as the process is less industrialized. All the marketing aside, wine making is a process no different than any other food production. The larger wineries usually have a "show" area with perfectly stacked barrels beautifully stained with red wine, upright wooden tanks with maroon painted steel bands, soft lights, etc.  The real work is done behind closed doors, forklifts, large stainless steel tanks, filters, dozens of pumps, hoses, and bottling lines staffed by cellar workers. If you do visit please be respectful of the cellar worker's time, it's not uncommon for them to work 10-12 hours a day with maybe one day a week off.

The last couple of mornings the marine layer has been missing, perfect for flying hot air balloons. I woke up yesterday with seven or eight flying over south Napa.  All in all there are worse places to be in the fall. 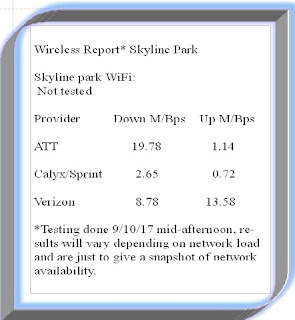 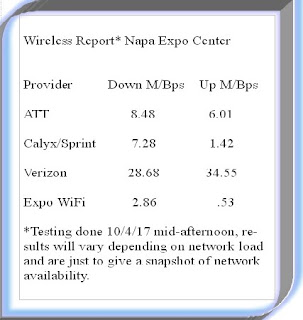