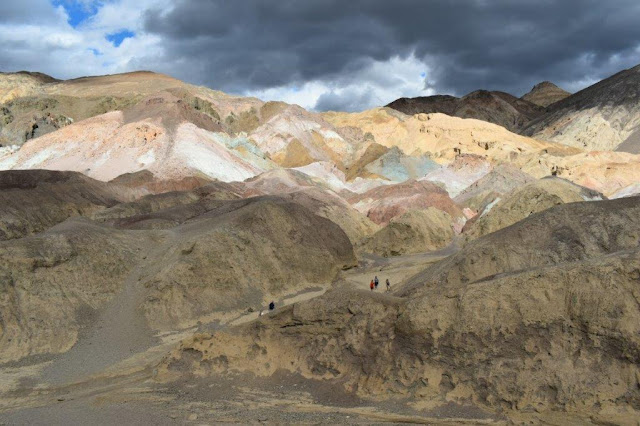 Death Valley National Park always surprises me.
This trip I planned the timing oh so carefully hoping to meet our cousins there during the time the wildflowers bloomed - it happens very quickly here and we always seem to miss it by a week or so. This visit was no different - missed it again - but all the same we discovered whole new parts of the park to love.

Death Valley is an absolutely huge park. Never been there? Well if you've seen Star Wars you will recognize it as Tattoine - the desert land where Luke Skywalker grew up. Back when they filmed the first Star Wars movie it was still allowed in National Parks and here's a link to a great picture of a 70's hair-havin' park ranger with C3PO that made me smile.

Panamint Valley RV Park is just outside the NorthWest end of the park, and receives several daily flybys from nearby military bases. Folks come from all around to sit on the hillside with binoculars and log them in journals or capture their images with long lenses. On the day our cousins arrived they were met by one such fan who greeted them with an excited exclamation of "43 confirmed sightings today!" instead of a simple hello. One afternoon we were even surprised by an ultra-lite that flew around our camp, but most of the time what we saw was military planes showing off: wing-overs, big loop-de-loops, and rocketing straight up only to roll over and dive right back down again. What a show! 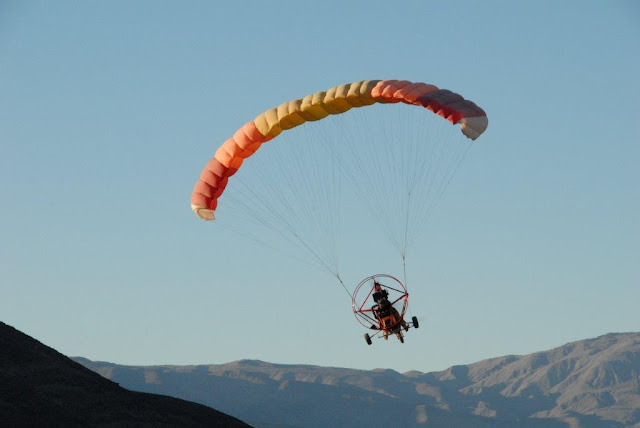 But at night the real show comes out. The stars in Death Valley are breathtaking. It was such a relief to get out of the Northern California rain for a few days so we soaked it all in.

The drive back was less fun than the ride out, the winds were crazy, and it takes a steady hand to keep Loretta in her own lane when the winds are trying to force her off the road. After two days of battling the wind we settled in at Duck Island RV Park on the delta in Rio Vista. This is the best spot for Kaiser Vacaville access.


It looks like the foot recovery is going to take longer than we had hoped, making me the solo driver for a while. Which means if we want to continue with our week-long between-appointment getaway plans we'll need to catch-and-release a toad (car you pull along behind your motorhome), otherwise we'll be stuck in one location the whole time. I woke up with this realization yesterday morning and by dinnertime we had our own cute little used Mini Cooper sharing space with Loretta, you can pick them up on Craigslist all day for cheap. We'll park the Subaru with the motorcycle trailer for now. As soon as we install the tow system we'll be free to roam on a short leash. 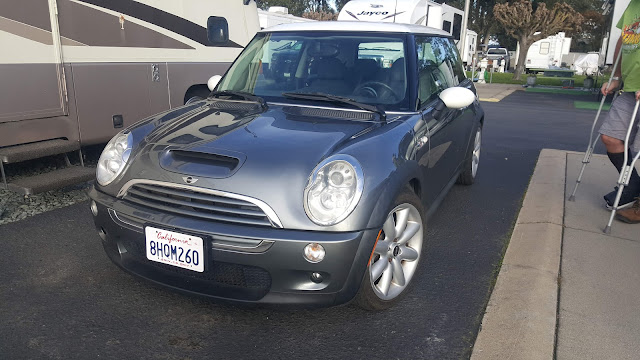