When we laid this plan out originally, we had a short "to see" list: Florida Keys, Smithsonian in DC, Niagara Falls, Victoria BC, and the great parks in the middle (Glacier, Yellowstone, and the Tetons).

The question we get repeatedly asked by friends and family back home is: "have you found a place to settle down yet?". And when we arrive in a new town, we do think about it... someday in the vague very far away future.

Conversely, the first question on the lips of every traveler we meet is "where have you been?" quickly followed by a new list of things we MUST see or do. So despite over two years of travel our short list just keeps growing.


As the result of such a suggestion we found ourselves driving across Custer State Park and into Deadwood SD with Loretta pulling Mr. Toad. South Dakota is very casual about shoulders on their roads, and in many cases where the road has eroded they simply chose to paint the line anyway where the road should be. Coupled with wind advisories ("55+ mph winds, tip-over danger very high" many highway signs bleated at us along our way) and narrow tight twisty roads with sheer dropoffs, it made for a white-knuckle drive from Grand Teton to Deadwood.

Deadwood is a cute little town that has done a good job of protecting its history and charm; it's very easy to imagine the gold rush lifestyle of 1876. There are daily reenactments of various important moments in the town's history, both in the street and in the theaters. We were out for a  walk with Chloe during one of these and were surprised by several gunshots in rapid succession - a shootout in the street between unhappy gamblers. Chloe the Chicken Dog nearly ripped Lance's arm off trying to escape so we didn't walk her downtown after that.


Wild Bill Hickock, Calamity Jane, Seth Bullock and so many others whose names you'd recognize are buried on the hill overlooking the town, and nothing appears to have changed much since they were laid to rest.


Now that our original "to see" checklist is complete, we're ready to start getting serious about boat shopping. We found a few in the Great Lakes to check out, and also wanted to visit some friends that live in Michigan. The night before travel day though, first the boat listings disappeared and then it became clear our schedule wasn't going to work for our friends. And we are definitely feeling an early, icy Fall breathing on us. We've been pretty cold off and on for what feels like months and we are totally done with being cold. It occurred to me just a few days ago that I haven't been swimming once all summer, not once. Mostly we've spent the summer in cold places and the few times there have been sufficiently warm park pools the pool pee math hasn't worked out to my advantage. 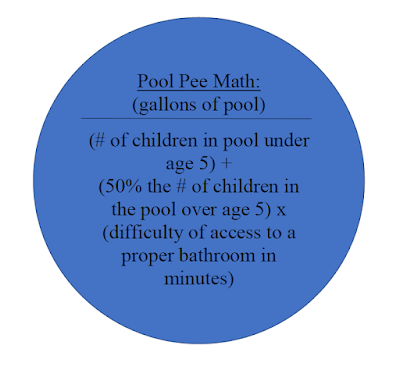 First we decided to make a dash for Annapolis, there are a few boats there we want to see. And so we hit the road with another  wind advisory on our tail and let it push us across South Dakota in record time. We drove almost 500 miles that first day and somewhere along the way we realized that even if we got to Annapolis and agreed on the perfect boat the first day, we wouldn't have time to negotiate, sail test, get it inspected, close the deal, and get it moved to somewhere warm and safe before winter caught us. Which means we'd be putting it up in a storage facility somewhere in Maryland until Spring thaws it out. Nope.

So we switched gears, again. We were still cold, and so we pulled out the Thousand Trails map and found the closest warmest park we could find - Tennessee. With a pool. Perfect. This will be our home base for a couple of weeks to get the Great Parks pictures sorted and off to Shutterstock, do some boat shopping and work the viewings into the RV fun that's already planned through February 2020.

Days two and three found us battling occasional heavy rain, strong sidewinds and flooding through Nebraska, Iowa and Missouri. In a few cases our freeway was underwater and the detours were definitely not RV appropriate - the first one we encountered tried to direct us under an 11' bridge. Loretta is 12 and a half feet tall and since we are fond of our air conditioners and wifi antenna we did some clever navigating to work around the problem areas.

Despite the challenges we were able to knock out 1200 miles in three days, and then we cruised the last 200 miles in a relatively short day. It looks like Tennessee still has a little summer left to share, really looking forward to warming up and hitting the pool.

Hey, there's no water in the pool! Dangit!
Posted by Rhumb Line at 5:38 PM